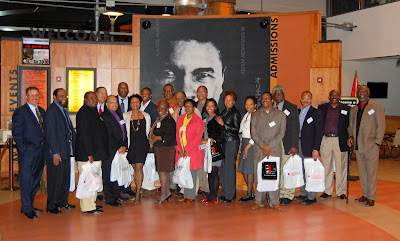 Is Kelley's book on Oprah more fiction than fact?

The last time there was such a seismic clash between a media giant and a roguish storyteller, the world was at war and television was commercial-free.

Back then, the antagonists were William Randolph Hearst, the ruler of a massive media empire, and Orson Welles, a young filmmaker whose first movie, Citizen Kane, was a not-so-veiled trashing of Hearst. The film premiered on May 1, 1941, but it had a short run. The media mogul used his considerable clout to keep Citizen Kane — which has been called the best movie ever made — out of most theaters.

The current conflict is centered on a book about Oprah Winfrey, the reigning queen of daytime television, by bestselling author Kitty Kelley. There’s no indication Oprah is trying to silence Kelley, but after reading this book, I wouldn’t blame her if she did.

Oprah: A Biography is, even for the gossip journalism genre, a bad read that has catapulted the muckraking author back into the spotlight. That’s due more to the prurient interests of those who buy this book than to Kelley’s “reportorial sights,” which are touted on the book’s jacket.

My critique of Kelley’s work is not done at arm’s length. Oprah and I were once close friends, but drifted apart after she in recent years. We first met in 1976 when as a young reporter I covered the Caucus of Black Democrats in Charlotte, N.C. Oprah, then a student at Tennessee State University and a reporter at WTVF-TV in Nashville, had a thirst for hard news and finagled her way into the event.

Later that year, when Oprah moved to my hometown of Baltimore to co-anchor that city’s top-rated newscast, our platonic friendship blossomed. We spent much time together and often talked about the things that brought joy and pain into our lives. I was backstage in Morgan State University’s Murphy Auditorium with Oprah before her “one-woman” show that Kelley mentions in the book. I also headed the local journalism group Kelley says Oprah joined.

That’s why I know the two chapters Kelley devotes to Oprah’s time in Baltimore are more the product of exaggeration, insinuation and error than a search for truth.

For example, Kelley trlls a story about Oprah devouring a huge platter of salmon, which her unnamed source described as “an amazing display of gluttony.” Kelley says this happened at the home of Pat Wheeler, whom she described as the community affairs director of the station where Oprah worked. When I called Wheeler to mention this incident, her reaction was predictable.

“You’re making this up, aren’t you?” she yelled into phone. Wheeler actually had worked for a competing station where she produced a public affairs show I hosted. “That never happened. Why didn’t she ask me about this?”

Why did Kelley quote Al Sanders, one of Oprah’s newsroom rivals who died in 1995, as if she had spoken to him herself? (In the foreword, Kelley said she had worked on the book just four years.)

She also wrote that there were “only two black women on television in Baltimore” when Oprah arrived in 1976. At the time, I headed the city’s black journalists group. Those women, she said, were Sue Simmons and Maria Broom. She overlooked at least two others, Jaki Hall and Edith House.

So why should we trust anything else Kelley writes in a book she wants us to believe is the product of her drive to “penetrate the manufactured” image of Oprah Winfrey?
Posted by DeWayne Wickham, columnist USA TODAY and Gannett at 6:00 AM No comments:

Afghan president is playing with fire

Just when it looked as if Hamid Karzai was behaving like South Vietnam’s Ngo Dinh Diem and daring Barack Obama to respond like John F. Kennedy did in the early 1960s, the Afghan president blinked — twice.

The first batting of his eyes came after President Obama made a surprise visit March 28 to the war-torn country and reportedly pressed Karzai to crack down on corruption, which is widely thought to have been employed to steal last year’s presidential election. Four days later, Karzai accused “foreigners” of spoiling that election and said the U.S.-led coalition that has kept him and his government alive was on the verge of being seen as invaders because of its meddling in his country’s affairs.

The following day, Karzai emerged from his rabbit hole long enough to try to put a good spin on that speech, which the White House called “troubling.” In a telephone call to Secretary of State Hillary Clinton, he “reaffirmed his commitment to the partnership” between Afghanistan and the United States.

But less than 24 hours later, Karzai was at it again. During a meeting with Afghan legislators, he said he might be forced to join the Tali-ban if parliament didn’t vote to give him total control over the country’s election commission, several legislators said. Three of the five election commission members were appointed by the United Nations until Karzai unilaterally declared in February that he’d fill all of those positions. When the White House responded by saying a visit by Karzai to the U.S. might be canceled, Karzai blinked again by having his spokesman deny that he had made such a threat.

Karzai’s actions are eerily reminiscent to that of Diem, the South Vietnamese president the U.S. supported with troops and taxpayers’ dollars until he was toppled by a coup and assassinated by his own generals in 1963. Like Karzai, Diem was a nepotistic leader who is believed to have rigged an election that put him in the presidency. Diem won that 1955 contest with, he shamelessly claimed, the backing of 98% of voters. Last year, Karzai’s victory margin was far more modest but no less tainted.

Despite massive American aid, Diem objected to U.S. calls for him to end corruption in his government, just as Karzai views the Obama administration’s push for him to clean up his government as foreign interference — rather than a sensible strategy for winning widespread support among the Afghan people.

Eventually, President Kennedy decided that Diem was not a good ally in the fight to block a communist takeover of South Vietnam and let Diem’s opponents know the U.S. would not stand in the way of a coup.

For now, the Obama administration wants to heal its rift with Karzai. The president called him a “critical partner” in the fight against al-Qaeda and the Tali-ban, during a recent appearance on ABC’s Good Morning America. That’s understandable. A stable government in Kabul — one that can win strong backing from the Afghan people — will help bring an early end to the fighting there.

But if Karzai thinks he can continue to vacillate between being a loyal ally and contemptuous patron while the cost America pays to keep the Taliban from overrunning his government grows, he is badly mistaken. If he thinks the U.S. will back him at any cost, he is not a good student of history.

While he might be a critical partner, Hamid Karzai is not irreplaceable, as Ngo Dinh Diem discovered much too late.
Posted by DeWayne Wickham, columnist USA TODAY and Gannett at 6:00 AM 1 comment:

Will Obama do something about rising black unemployment?

On the day the Labor Department reported that March saw the biggest jump in monthly job creation in three years, President Obama toured a Charlotte business that is getting $49 million in federal aid to help grow its workforce.

“We are beginning to turn the corner,” Obama said of the good news he had gone there to tout. “This month, more Americans woke up, got dressed and headed to work at an office or factory or storefront. More folks are feeling the sense of pride and satisfaction that comes with a hard-earned and well-deserved paycheck at the end of a long week of work.”

But instead of going to Charlotte to proclaim this jobs growth, the president should have gone to Harlem to explain why black workers are being left behind.
While the unemployment rate for white men dropped for the fifth straight month in March to 8.9 percent, it hit 19 percent for black men. That’s a sizeable 1.2 percentage point jump in a single month. During this same time, unemployment for black women also grew from 12.1 percent to 12.4 percent, even as the jobless rate for white women held fast at 7.3 percent.

None of this seemed to register with Christina Romer, the president’s economic guru who echoed Obama’s upbeat analysis. The addition of 162,000 jobs in March showed “continued signs of gradual labor market healing,” she said, without acknowledging the racial schism in the turnaround. Instead, she offered this explanation for the conundrum of more people getting jobs while the unemployment rate stayed the same: “This stability reflects roughly proportional rises in the labor force and employment.”

This harsh reality won’t change as long as the Obama administration thinks its “rising tide lifts all boats” approach to economic recovery is all that’s needed to solve the workplace problems of blacks, whose overall unemployment rate is significantly higher than that of whites, Hispanics or Asian Americans.

“The most important thing I can do for the African-American community is the same thing I can do for the American community, period, and that is get the economy going again and get people hiring again,” Obama told USA TODAY in a Dec. 3 interview. But now, four months later, it seems certain the president has to do more than that to close the yawning gap between blacks and whites.

If the White House continues with its laissez faire approach to black joblessness, the ripple effects will be devastating — and predictable. In the foreword to the National Urban League’s 2007 State of Black America report, then-Sen. Barack Obama bemoaned the condition of black men, including the high level of unemployment that afflicted them. “These hard facts also remind us that politics is not a game. The decisions we make and the challenges we ignore have real consequences,” he wrote.

Last month, Marc Morial, president of the Urban League, called for a targeted federal effort to reduce unemployment among blacks. “The government has bailed out Wall Street. It’s time to act swiftly and do something for Main Street, which includes a strong, focused jobs plan. There can be no true economic recovery in this country without addressing the dire jobs situation in urban America,” he said.

He’s right, and it’s time Barack Obama and his economic advisers admit it.
Posted by DeWayne Wickham, columnist USA TODAY and Gannett at 6:00 AM No comments:

DeWayne Wickham, columnist USA TODAY and Gannett
United States
The job of the journalist is not just "to comfort the afflicted and afflict the comfortable," but to make turkeys fly.